10 Fantastic Facts About Your Ear and Auditory System.

itianshouse April 23, 2021
Share on Facebook Share on Twitter Pinterest LinkedIn Tumblr Email
Share
Share on Facebook Share on Twitter Pinterest Email
If you are thinking about the advanced senses of humans then without a doubt hearing is one such fascinating sense. From waking up to sleeping, you hear various melodious sounds. Not all sounds are good, there is noise as well, which frustrates you and can even trigger anxiety and anger. But, putting it aside, if, for a second, you forget about this wonderful sense then think how much you would be missing. From hearing the chirping of birds, to hearing your beloved ones, listening to your favorite music, prayer, or anything about your ear.
According to the ear doctors of the ISM Hospital, those who are born deaf, can’t talk because they can’t hear anything. Their speech isn’t a problem because of their talking, but rather due to not being able to hear.
So, next time, before you are thinking of damaging your ears with bad ear habits or listening to high ear-harming music, you need to realize that you’ve got only one pair of ears. When even ear pain is extremely hurting, so think for a minute, if it is not just earache but more case, what would happen. Seems scary? Right?! So, for ear-fun, care better for your ear.
To make things fun and interesting for you, here are some facts that you need to know for your auditory system.

If you think your sense of balance lies in your ear then you are wrong. According to the ENT Surgeons of Karachi, your vestibular system lies in the inner ear inner. The equilibrium maintains due to this system in your ear. Interestingly, if you suffer from vertigo then the culprit is none other than your auditory system.
Smallest Bone:
Your ear is home to fascinations. In fact, it is also known as the “House of Smallest Bone” in the human body. This bone is known as “Stirrup or Stapes Bone” and it lies in the middle of your ear. It also plays a part in the formation of ossicles.
Hardest Bone:
Here is again a surprise for you. The temporal bone is the hardest bone and what makes it special is that it lies in the inner ear.
Always on Duty:
Your ears are always working. Yes, I am not kidding and it is true. Our ear never rests and is always on duty even when we are sleeping. We think that when we are sleeping, our ears are not working, but instead, they are not. Our brain works in coordination with our ears. Our brain tends to ignore the voices around us when we are sleeping, but that’s not the case with any unexpected or loud voices. This is because of the defense mechanism so that in case of emergency, it allows us to react rapidly.
Natural Protective Agent:
Our ears have a protective agent known as “ear wax”. It is also known as “cerumen” and to protect the middle ear from dirt, dust, fungal or bacterial infections, it secret by our body. But, it can affect our hearing too when it secret in an excessive amount.
Unpleasant Noises for Your Ears:
There are the 10 most unpleasant sounds that can disturb your peace. According to the “University of Newcastle”, these unpleasant noises include noise of chalk on the blackboard, a ruler on the bottle, scratching of the fork on the plate, scraping of the knife against the bottle, electric drill, crying of a baby, a person retching, rusty swing chains and expanded piece of the polystyrene rubble together.

Our Ears Unblock by a Narrow Tube:

There is a narrow tube that connects to the back of our ear. It is 3.5 cm in length, “Eustachian Tube”. Not only does it create the feeling of “popping and unblocking of our ears” but also helps in balancing the level of pressure in the ear.

Do you know that research has shown that we hear better musical sounds and tones from our left ear while, if we talk about the right ear than from birth, it is more responsive to the speech?

Last, but not least, your healthy diet can do wonders even for your ear. You can prevent various hearing problems with the help of your food. For example, if you eat fish such as tuna or salmon, the omega 3 fatty acids in it help to strengthen the blood vessels in our inner ear. Eating green leafy vegetables further helps in preventing the hearing problems caused by noise.
0 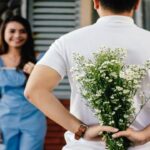 Use These 6 Effective Flowers To Rebuild Up A Relationship. 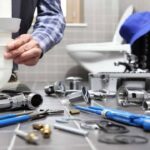