September 15, 2021 5 Mins Read
Share on Facebook Share on Twitter Pinterest LinkedIn Tumblr Email
Share
Share on Facebook Share on Twitter Pinterest Email
Brushing Your Teeth Twice a Day:
The first step of any effective oral hygiene routine is brushing your teeth twice daily with fluoride toothpaste for at least two minutes each time. Most dentists recommend that you brush in the morning before eating breakfast and at night right before you go to bed so that saliva has enough time to re-mineralize your teeth overnight after exposing to dietary acids throughout the day.
According to recent research: “Saliva provides a natural defense mechanism for the oral cavity by constantly bathing the teeth in a protective remineralizing fluid… The fluoride ion present in saliva can help prevent decay. Saliva contains calcium, phosphate, and proteins that incorporate into the dental hydroxyapatite crystal as it forms.”

Flossing is another important part of an effective oral hygiene routine because it removes plaque from between your teeth where toothbrushes can’t reach. Some studies have even found that flossing maybe even more effective at preventing gum disease than brushing alone because floss is able to dislodge food particles and plaque beyond where your brush bristles can reach, which allows your gums to heal faster overtime after being swollen or irritated from periodontal disease.

According to the American Dental Association: “Daily flossing removes plaque from tooth surfaces and between teeth, where brushing cannot reach. Besides, flossing undercuts food particles that get stuck between your teeth, helping to prevent cavities.”

Drinking Lots of Water To Keep Your Mouth From Getting Dry and Brittle:

Drinking lots of water helps moisturize the mouth by keeping saliva production strong throughout the day so that it can wash away acids formed by bacteria when they break down sugars in your mouth. If your mouth is dry or brittle because you aren’t drinking enough water each day, it makes it easier for acid erosion to damage tooth enamel because there won’t be as much protectant saliva to re-harden your teeth after they expose to dietary acids.

According to research, healthy foods can strengthen tooth enamel over time because they contain calcium and phosphorus which help protect the outer layer of your teeth from decay by forming a mineralized barrier that can even reverse early signs of decay in its earliest stages before it becomes cavities. Some examples include leafy greens, carrots, apples, pears, broccoli, salmon, sardines, etc.
Here is an interesting quote about why these foods are so good for you: “Fruits and vegetables are important sources of nutrients necessary for maintaining oral health... High fruit and vegetable consumption promotes remineralization and reduces demineralization in teeth… Carrots contain a particularly high concentration of calcium phosphate. Calcium and phosphate help to restore the mineral content in an enamel that has dissolved by acids.”

Avoiding fluoride-free toothpaste and mouthwash when you buy them at your local grocery store because they may use harsh chemicals like glycerine, sodium lauryl sulfate (SLS), polyethylene, propylene glycol, and even diethanolamine (DEA) which have a link to cancer through past studies. Also, avoid using whitening toothpaste with hydrogen peroxide because it can encourage tiny holes to form in your enamel over time.

Avoiding Drugs That Make Your Mouth Dry and Brittle:

Medications with antihistamines, diuretics, antidepressants, antipsychotics, diabetes medications, and even some antibiotics can decrease saliva flow which makes it harder for your mouth to re-harden the outer layer of your teeth after they expose to dietary acids because it doesn’t have enough saliva. The result is tooth erosion which may cause permanent damage over time if not treated by a dentist. This includes getting an evaluation for dry mouth syndrome (xerostomia) that many people don’t know they have until irreversible signs of tooth decay start appearing on their teeth.
According to one: “Although several mechanisms could explain the increased risk of dental erosion among salivary hypofunction patients, reduced protection against acidic beverages by saliva is the most likely mechanism. Saliva secretion is vital for maintaining enamel integrity because it provides minerals that are continuously released to effectively neutralize acids.”

Avoiding silver dental fillings made with mercury because according to one study, “Once amalgam enters the oral cavity, it releases mercury which quickly becomes converted into inorganic mercury, accumulates in tissues and bioaccumulates rapidly.” According to another study: “Conclusions: The results might be due to both elemental and ionic Hg released from dental amalgams as well iron deficiency. Elemental Hg vapor knows to form Hg-protein complexes that get deposit in the brain. In iron deficiency, there is less metalloprotein available for the formation of such complexes.”

Avoiding Alcohol and Tobacco Use:

Avoiding tobacco can contribute to tooth erosion by increasing plaque acidity and decreasing saliva flow. Also avoiding alcohol consumption in excess because consuming more than one drink a day may damage your teeth so much that they must replace with crowns to protect from further damage after consulting with a dentist or periodontist.
enamel strengthening toothpastehow to strengthen teeth and gumshow to strengthen teeth naturallymedicine for strong teethStrengthen Your Teethvitamins for strong teeth 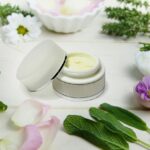 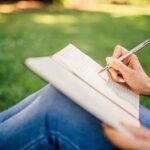 Mistakes In research paper writing That Make You Look Dumb.