7 Ways to Understand a Horse’s Mood and Behaviour

All horse’s have their own personalities, quirks, general and unique behavioural patterns. If you have a horse, you have to learn to understand and gauge their body language. Body language in horses could be an indicator of their emotions and well-being.

When you gain an understanding on the way the body language is portrayed, you will be able to communicate with your horse better. This is because horses use their posture, expressions and gestures to communicate with human being, rather than their voices. I have listed out a few ways you can understand a horse’s mood and behaviour below:

Swivelling ears refer to ears going backwards and forwards it generally means that the horse is feeling anxious or fearful. This could be due to an odd sound or a large number of stimuli the horse was surrounded by suddenly.

This means that the horse is in a relaxed state. The horse is most likely not very alert or aware of its surrounding. Avoid going straight towards the horse and patting, it could result in an unfortunate strike.  Rather opt to making a noise to give the horse a signal of your arrival.

This is an absolute red zone. By lowering the head and moving the neck from one side to another, the horse is displaying aggression, proceed with caution. Either move away from the horse or get the horse’s attention on to something else quickly.

This is when something has caught the attention of the horse and it is trying to decide on running, ignoring it or fighting it. Additionally, this can also be a sign that the horse is in pain. Especially if other signs of pain such as shaking the tail often and frequent pinning of the ears follow and it continues for some time.

Horses tend to take a stance of leaning back and spreading the legs out forward when fear is instilled. The horse is getting ready to run away quickly after being spooked. Other health issues could cause the standing to be splayed. For example, injuries or health problems such as malnutrition or neurological abnormalities could be causing this behaviour. It is vital to take a horse to a vet if this behaviour persists. You need to take the horse for diagnostic imaging to detect where the issue lies as per advice of the vet.

This is an indicator that the horse is feeling annoyed. It could be due to flies around the horse or the horse could be irritated at a person in close proximity. In the second case, it is best to stay away as the horse will probably kick if irritation keeps increasing.

This is an indicator that the horse is feeling excited. Many Arabian breeds tend to carry out this action. You will most likely have to work towards taking his focus back to work before the horse figures out how to bolt.

Ensure to be aware of these behaviours in order to understand what the horse is trying to communicate. 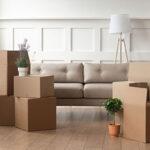 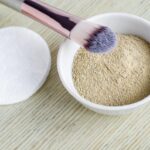 A Deep Dive into The Benefits of Bentonite Clay